In our first session together I wanted to dive straight in and explore some of the key parts of playwriting as quickly as possible. To do this we took the novel the class are reading at the moment – Skellig by David Almond – and started to think about it as a play. How would it be adapted from one form to another? And to clarify this we listed all the significant differences between a book and a live performance.

A book is quiet but a play has sound.

A book is more descriptive.

You can pick up and put down a book any time you want but a live performance is watched altogether in one sitting.

A play has to happen in a certain time span so it is shorter.

In a live performance everything happens through dialogue but in a book there can be a narrator to explain what’s happening.

When you read a book you can imagine the voices and the tone in your head.

A book is cheaper and a play is more expensive to make.

Next we talked about the BEATS OF ACTION in the story, and we were able to list the main PLOT POINTS of the first half of the book. This meant we had a list of things that might potentially work as DRAMATIC SCENES.

One of the main things the children had identified as different for a play, was the use of actors to bring the characters “to life”, so next we considered, if we could only afford four actors, which characters would be essential to tell the story. I think we had almost complete agreement with the character choices, which were: Michael, Skellig, Dad and Mina.

We looked at one scene then – between Michael and Mina – as a class, and considered what dialogue they might use when they first meet each other. Our first line was inspired by what happens in the book, but after that we just allowed the lines to flow. We also tried out the lines by speaking them out loud to see if they were working.

The children are now writing and improvising in groups to create their own scenes from Skellig for next week.

We really enjoyed our first session with Michelle. The children really engaged with studying the characters from Skellig in a more in-depth manner and thinking about how they might interact with each other, their personality traits and likely mannerisms. It was interesting to observe the children considering the differences between a book and a play and subsequently applying their knowledge of the story in order to bring it to life. They particularly enjoyed the collaborative process of writing a script for a scene from the book and it was set up by Michelle in such a way that each child had a role they felt comfortable with, they could choose to be an actor, a director or a script writer and many took on multiple roles.

Some of the children added…

We had fun turning Skellig into a play, it was cool because we got to do things we don’t always do in normal class. Even though everyone had different ideas it was cool because they could all be right and Michelle said that’s what a play is like because people experience it in different ways. We liked writing the script with our groups best, it was a bit tricky because it could only have dialogue but when you get used to that it’s a cool thing to do and you get to try out some different voices and you can write your own dialogue as well as the things that are already in the book.

And here are some pictures of what the character Skellig might look like. A costume or make-up designer might make drawings or pictures like these to work out how the character will look on stage or in film. 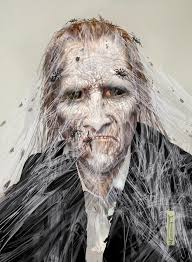 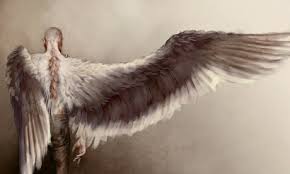 And here is a still picture taken from the film version of Skellig. 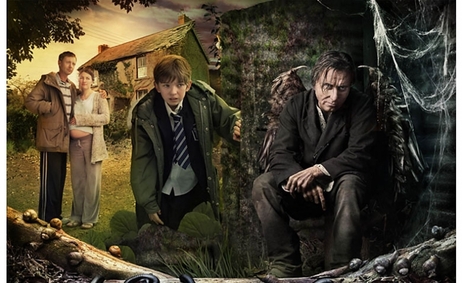